How Blockchain is Transforming the eCommerce Industry

How Blockchain is Transforming the eCommerce Industry

A Blockchain is a type of database – it’s a chain of blocks that contains information. Now to understand blockchain you need to understand what is a Database? A database is a collection of data stored in an electronics machine. In a database, data stored in a table format like an excel sheet. But there can be large databases that they handle on servers that are made by powerful computers. Blockchain is a database but not all Databases are blockchain. One of the key differences between Blockchain and Database is the way of the storage of the data. Blockchain stores the data in a group (block) and made a unique key for a specific block (hash). When the block filled, it’s chained with previous block and forming a chain of data which is called ‘Blockchain’.

How does the Blockchain Work?

In 1991 Blockchain concept described by a group of researchers. Their Intend was to timestamp the digital documents so that it’s impossible to hack them or in the language of Blockchain temper them. It went in use in 2009 when ‘Santoshi Nakamoto’ adopt it and make a cryptocurrency called Bitcoin. Block in Blockchain has some properties like when a data has been recorded it’s become very difficult to change it. For Bitcoin Blockchain a block contains data of that transaction, Hash and Hash of the previous block. Using that Hash, you can traverse the blocks. When a new block is created its hash is calculating, any change in the block will cause a change in hash and the rest block will invalid because of changes in the previous Hash.

Supply chain: Reducing cost is the key feature of blockchain. That’s why many suppliers use blockchain to avoid paperwork. For smaller suppliers, profit margins can be very limited because of the constantly changing value of cryptocurrency.

Some Advantages of Blockchain

Identity Protection: Blockchain-based payments are very secured as this doesn’t reveal the identity of the transaction maker. And there was no control of any state’s government that how a person can utilize his/her cryptocurrency.

Reduced Fraud: Blockchain-based transactions are extremely secure because of peer-to-peer technology. Any person can join this peer-to-peer network and when he/she join gets a full copy of the blockchain. When a new block created a copy of that block goes to everybody and needs to verify by everybody to ensure it’s not tempered. If everyone verifies then that node goes to their individual blockchain. If anyone wants to tamper with a block that person needs to change all blocks, redo the proof of work and need to take control of almost 50% of the network then there is a chance to accept that block to the peer-to-peer network.

Ways the Blockchain is Transforming the eCommerce

Internet is an ocean of data where a hacker can tamper with any customer’s data so that all the customer data will keep secure Blockchain stores data on centralized servers with Blockchain encoding where no online criminal can tamper with data. It’s impossible to attack a Blockchain-based e-commerce platform since they are decentralized, which means all customer data are decentralized. Blockchain-based e-commerce platforms are considered virtually safe.

APPSeCONNECT, a robust business application integration platform works with the help of API-led connectivity to integrate various applications and nurture the smooth running of a business. Because the platform uses APIs, it is a platform that can more than what we expect. APPSeCONNECT can integrate seemingly disparate applications and software with the power of APIs at hand and deliver a smart API integration experience, which seeks to remove the gap between digital systems. With this, APPSeCONNECT can now consolidate data of any platform with compatible APIs.

Now, you can easily connect your line of business apps under one single platform to automate the business process!

You may also like:
Webinar: Accelerate Business Automation with APPSeCONNECT iPaaS
How to Ensure Quality and Credibility of Your APIs
Business Process Automation – The Need and the Inevitability

Team APPSeCONNECT dwells deeply in the current eCommerce trends and is enthusiastic regarding the innovation and technologies of ERPs, CRMs, POS, Marketplaces and other platforms. We love to share our knowledge on various aspects of Digital Commerce and Business Application Integration! 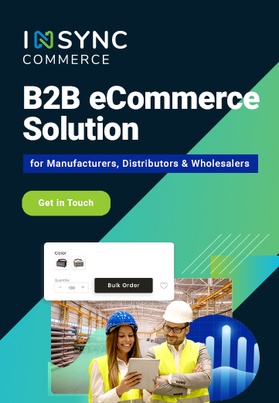