Back in April 2018, when Magento organized its annual event Imagine in Las Vegas, there were many speculations as to what might the new features and functionalities the merchants could expect from its next release Magento 2.3.

Since the Adobe-Magento acquisition, this is the first version release for the eCommerce platform and this article talks about what the Magento merchants and users can expect with the new release.

Magento merchants, who until now had to engage themselves and their resources into extensive coding practices to build dynamics CMS pages in Magento to bring business, will now have the ease and advantage of easy drag-and-drop page builder functionality which will allow them to simplify the process and build a more content-rich page with ease. This is going to be a business-friendly page builder which will facilitate the easy expansion of the business. This intuitive page builder will be released to the merchants as a beat for Magento 2.3, and as a full version in the subsequent patch releases 2.3.X.

Back in 2016, Magento took over a third-party page builder app, Bluefoot Page Builder. But this was only limited to some of the selected partners of Magento. Now, in the beta version, eCommerce merchants will be able to avail this functionality as a paid extension through the Magento marketplace.

GraphQL is a query language used in API management to attain a smooth transfer of data. Till now, only SOAP/REST requests have been used in Magento to define data and gather information. But with the new Magento 2.3, GraphQL will provide the merchants with the ability of not only defining the exact data they need but also to join various data in a single request. Simply put, unlike SOAP/REST, GraphQL will be able to process single requests even within minor stacks and will display the exact information the user needs. Consequently, the users won’t have to process the returned data themselves again.

If you are interested in GraphQL, you can read more about it in the Magento Forums.

Magento cache management will now enhance and extend the Access Control List (ACL) and will provide merchants with the ability to define and control the cache-related actions. These users will be able to see as well as flush Magento cache and subsequently achieve higher control over their eCommerce store.

Magento will now give users higher security with the free service of Google reCAPTCHA. This will eliminate the use of any third-party solution within Magento. This service will help users to secure the following pages:

The reCAPTCHA is going to be available to the merchants in Magento 2.3; merchants using earlier versions of Magento can access the module via the GitHub portal.

To create, update and delete tables in Magento, developers and merchants had to create SQL scripts which would be executed to perform functions. With Magento 2.3 however, merchants do not need to create the scripts in SQL – they can create the scripts within XML and define what changes there are going to be within the structure of the database. Magento will then itself convert that XML into SQL and execute.

The new Magento 2.3 will now allow the merchants to define and add multiple stock locations within the platform. Using this interface, merchants will also be able to link various channels such as the eCommerce stores, physical stores, marketplaces etc. They will indeed have a cumulative inventory for all the stock. This will enable the merchants to reach to their customers via the closest store location of the shipping address.

Websites or web applications that make use of modern technology to behave like native applications are called PWAs. In order to support PWAs, Magento will launch its own PWA studio in Magento 2.3. this will ensure the website is fast, engaging and highly reliable.  This functionality will also encompass push notifications and offline compatibility, providing a much better overall performance.

Magento 2.3 is going to be compatible with the latest PHP version – PHP 7.2. This will permit the platform to remain updated with the supported technologies and use the most recent language features. The update will additionally replace mcrypt with a more secured libsodium as its encryption technique.

Along with these major features to be released in Magneto 2.3, there are many more enhancements done within the Magento platform:

Magento eCommerce is set to bring a lot of changes to the core functionalities to the platform and this will play a major role in the overall scenery of the eCommerce industry. It will be interesting to see how the merchants react to these new enhancements and till which level these functionalities will cater to the demands of the growing industry.

Now, you can easily integrate your Magento store with the back-end ERP/CRM system to automate the business process!

You may also like:
Why Should You Attend Meet Magento Asia (Bangkok) 2018?
Content Staging in Magento 2 Commerce – All You Need To Know
7 Killer SEO Tips For Your Magento 2 Ecommerce Store 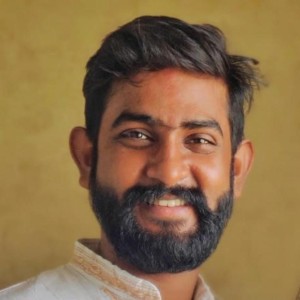