APPSeCONNECT at Meet Magento Prague 2017 – Why we enjoyed it!

Meet Magento Prague was held on 27th April 2017 and it was the 2nd Meet Magento in the city. Like last year, it was organized by Neklo and attracted around 200 people this year.

Meet Magento is the leading eCommerce conference for the Magento community and a tremendous platform for exploring business and career opportunities and knowledge sharing around Magento.

The most interesting fact about Meet Magento Prague is that, it is not a Czech focused event only, but an international gathering of Magento enthusiasts and the ever growing Magento Community.

What better then to visit one of the most beautiful cities in the world 🙂
We had a gala time!

After Croatia, we showcased our product, APPSeCONNECT in Meet Magento Prague and we were the Silver Sponsor for the event.

Meet me and @logzhere at Meet #Magento Prague to discuss about smart Magento integrations. #mm17cz pic.twitter.com/Bx09IIZOHn

There were around 21 speakers from Magento and various other organizations speaking on topics ranging from Magento development to integration to Ecommerce and Marketing trends.

As always, Ben Marks presented some interesting updates and resources about Magento and spoke about how far Magento has come and shared plans for the future.

These figures speak about the success of Magento!! #mm17cz #magento pic.twitter.com/IxuoRDSiQ4

We were extremely happy to be speaking at the event.

@logzhere showing us the power of @appseconnect for Magento integration! pic.twitter.com/vnlSPqV7D8

Sulagno, the Business Development Manager from APPSeCONNECT spoke on how to Extend Magento’s capabilities to increase efficiency and accelerate growth.

You can view the recorded presentation below:

The experience of attending an event in a movie theatre was a delight. The presentations looked larger than life on the movie screen. Grand event, amazing venue, great food! Kudos to Neklo.

The keynote was presented by the Director of Prague Zoo, Petr Fejk and it was an amazing success story which absolutely moved all of us and marked the perfect ending to the perfect event.

Every great event has a great after party!  It was held in the Great Monastery Restaurant which had an amazing ambiance and excellent beers from the Matuška Brewery. Delicious starters, unlimited beer and a band playing live music. What else can you ask for?

After a great event, it is time for a great party! #mm17cz ? pic.twitter.com/RAb30RPUUF

It was so good to interact with everyone and we had an awesome time!

With this amount of energy around this event, I’m hoping Meet Magento Prague will be even bigger next year. See you then!

If you are looking for Magento integrations that will transform your business, do give APPSeCONNECT a try and increase your efficiency and productivity!

You may also like:
APPSeCONNECT exhibited as a Silver Sponsor at Meet Magento Croatia 2017
APPSeCONNECT at Magento Contribution Day India
Top 10 Magento Themes for your Ecommerce Business 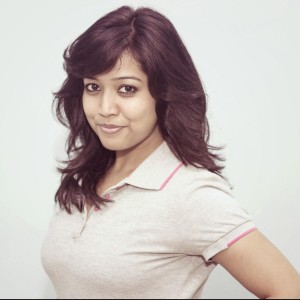