Security and sharing play a major role in an Organization. Information should be shared among the users without violating the security concerns. All the users in an organization need not access all the information, a user needs to access the information which is relevant to him. This can be achieved through Roles, Profiles, Permission sets, Organization-wide sharing defaults and sharing rules. In this article, we are going to see how a ‘Role’ can be used to provide access to different users.

Role represents the hierarchical model of an organization. It’ll not give any permissions to users. It tells who has to report to whom. The same role can be given to multiple users and they may or may not have the same permissions. A Role can be assigned to the user at any point of time.

Below is the default Role hierarchy provided by Salesforce: 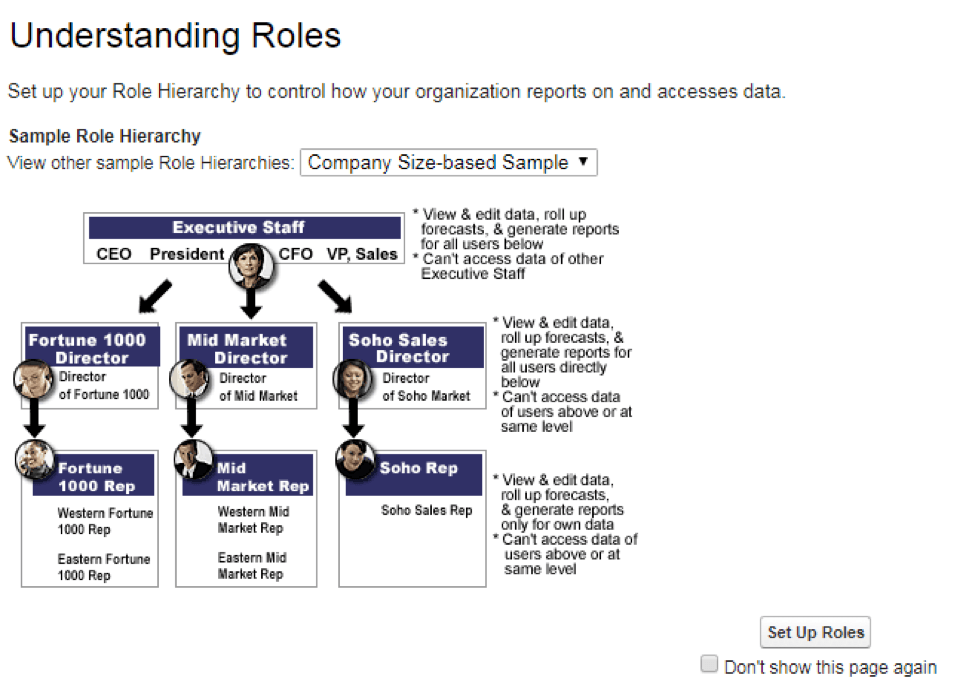 Steps to Create a Role Hierarchy in Salesforce:

2. Click on ‘Set Up Roles’ Button. You’ll be navigated to below page

3. In the above screen, the ‘tree view’ of role hierarchy is shown. Here, I’ve given the organization name as ‘Veon’. So, ‘Veon’ is showing at the top of the hierarchy.

4. Organization name can be changed by navigating to setup -> Administer -> Company Profile -> Company Information. Below screen will be shown: 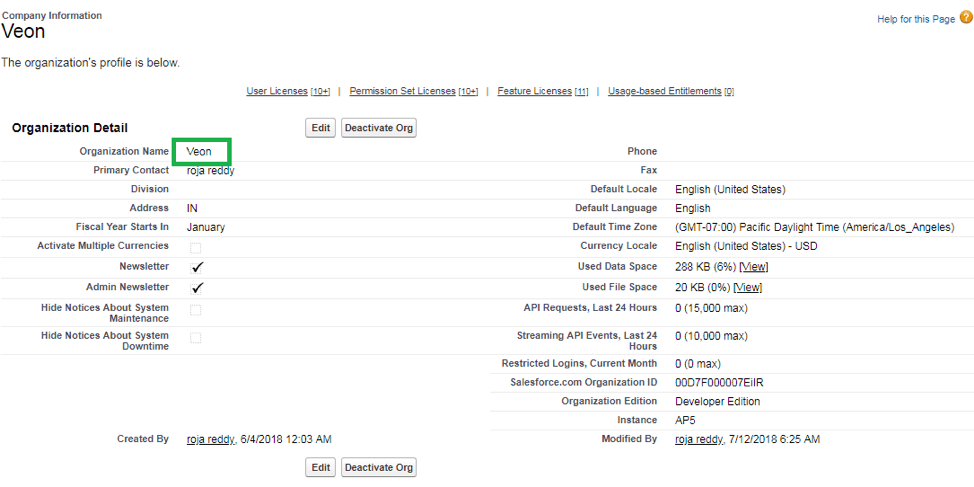 5. Click on the ‘Edit’ button and change the ‘Organization Name’. That will be shown on the top of the hierarchy.

6. If you want to change the role hierarchy, delete the existing hierarchy and create your custom hierarchy. You can delete a role by clicking on ‘Del’ link which is existing adjacent to Role. 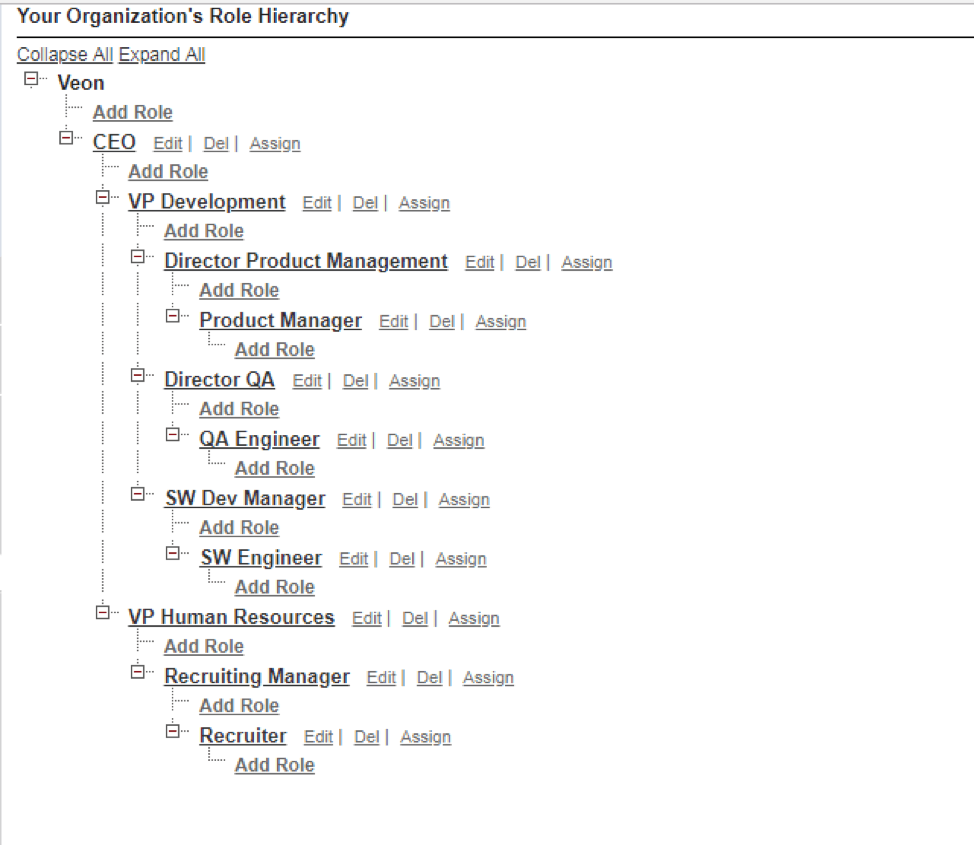 8. When you try to delete the parent role before deleting child role it’ll throw an error. Here, I’m trying to delete ‘Recruiting Manager’ without deleting the ‘Recruiter’. Below screen is shown:

9. First, delete the child roles then delete parent roles. Below is the screenshot after deleting all the roles:

10. Now, we can create our own role hierarchy. I want to create the below hierarchy: 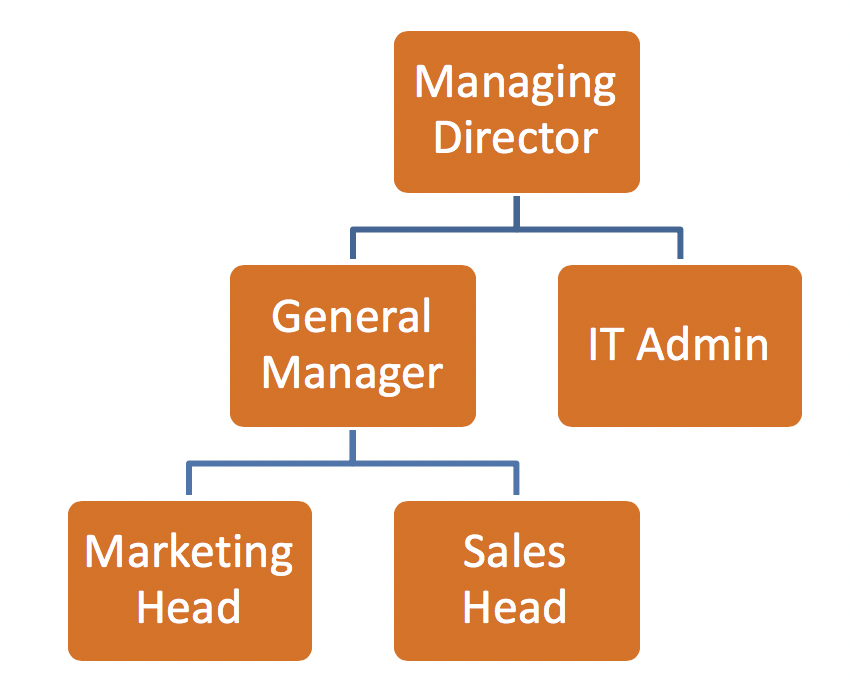 11. First, create ‘Managing Director’ by clicking on ‘Add Role’ link which is shown in the above role hierarchy screen. On clicking ‘Add Role’, you’ll be navigated to below screen: 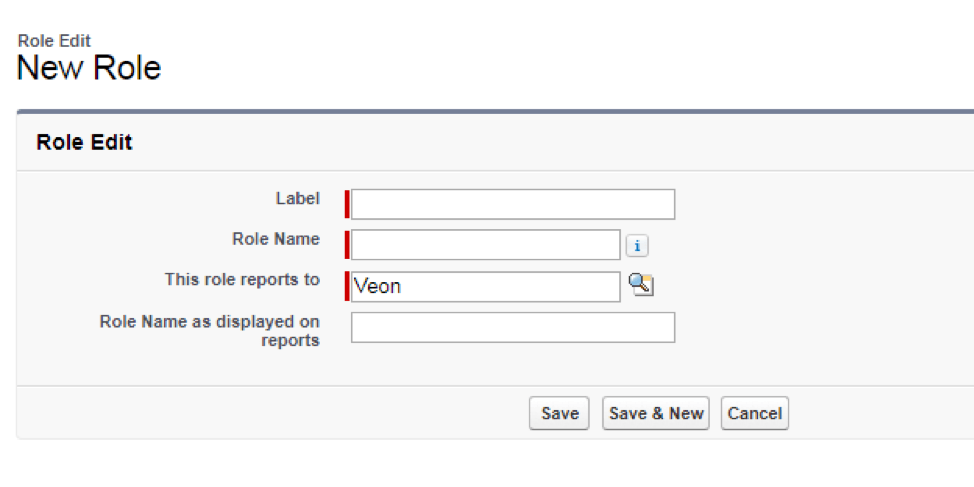 13. After clicking on save, you’ll be navigated to below page:

14. Now navigate to role hierarchy, below screen will be shown: 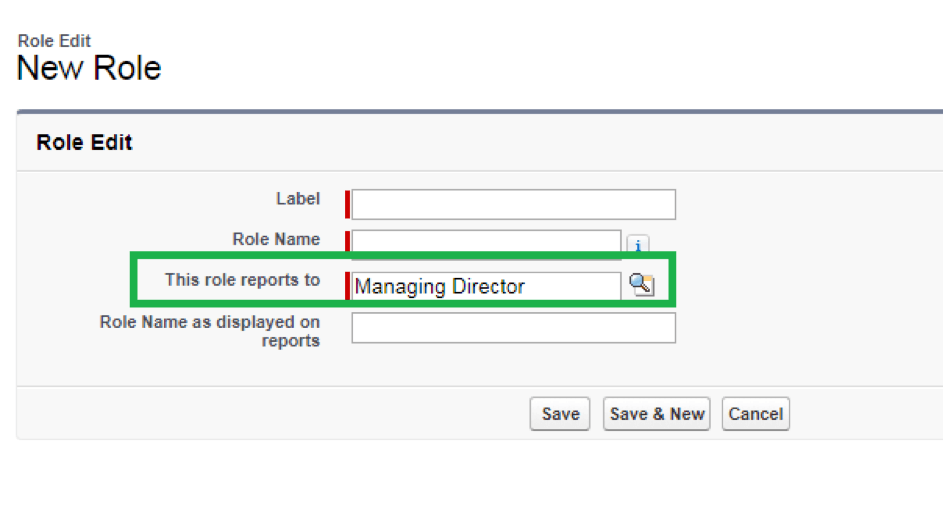 17. After creating all the roles, the resulting role hierarchy is given below: 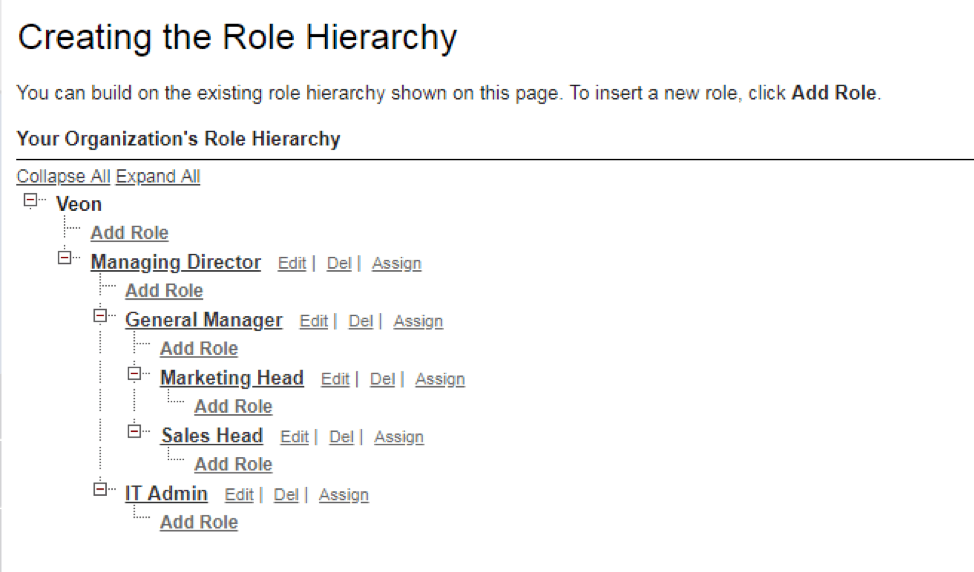 18. From the above role hierarchy

a. When reporting is considered

In this way, we’re providing security to data by restricting/providing access to particular users. We can also disable access to records through ‘Role Hierarchy’ by disabling ‘Grant Access Using Hierarchies’ checkbox in Organization-wide Sharing Defaults.

Now, you can easily integrate your Salesforce CRM with the back-end ERP system to automate the business process!

You may also like:
How to Create Reports and Dashboards in Salesforce
Top 16 Salesforce AppExchange Apps
Webinar: Salesforce Customization using Visualforce and Lightning Component Framework

WITH USE CASE DEMO